I came to Oxford University in 2006 after eighteen years at the University of Manchester. As a student, I read Russian and Persian for my first degree at Cambridge and went on to graduate work in Near Eastern Studies at Princeton, before writing my doctoral thesis at Oxford on the New Julfa Armenian merchants of Isfahan in the Safavid age (16th-18th centuries), spending a year researching and learning the language in Armenia along the way. I continue to work on the premodern and early modern history of Iran and neighbouring regions, including the Caucasus, Central Asia and Afghanistan, concentrating on early modern trade, commercial practice and law, on wider questions relating to early modern intercommunal relations and cultural exchange, and on general problems in Safavid history. In 2012 I published, with my co-editor Willem Floor, Iran and the World in the Safavid Age (London, I.B. Tauris).

Between 2011 and 2015 I led the Leverhulme Trust funded Balkh Art and Cultural Heritage project (http://www.balkhheritage.org). I am currently working with co-editors Arezou Azad, Philippe Marquis and Paul Wordsworth to bring out a book presenting the main research findings of this multi-disciplinary project; and with Arezou Azad and Ali Mir Ansari to complete a translation and critical edition of the 13th-century Persian local history / hagiography, the Faza’il-i Balkh.

I lead the Oxford Nizami Ganjavi Programme for the study of the languages and cultures of Azerbaijan and the Caucasus (http://www.orinst.ox.ac.uk/nizami-ganjavi-programme-study-languages-and-...), a programme which supports archaeological research on Barda, research workshops, scholarships for masters and doctoral students, and the translation of studies from Russian and Azeri into English (E.E. Berthels, The Great Azerbaijani Poet, Nizami: Life Work and Times, edited by Edmund Herzig and Paul D. Wordsworth, Gilgamesh Publishing, 2017).

In recent years, I have become increasingly interested in contemporary history, particularly the uses of the past (history, literature and culture) in contemporary state and nation building projects in contemporary Iran, the Caucasus and Central Asia. A number of collaborative studies and publications have arisen from this work, including ‘Russian Orientalism to Soviet Iranology: The Persian-speaking World and its History through Russian Eyes’, a special issue of, Iranian Studies co-edited with Stephanie Cronin, (Vol. 48, No. 5, September 2015); The Transformation of Tajikistan: The Sources of Statehood, co-edited with John Heathershaw, (London: Routledge, 2013); and The Armenians: Past and Present in the Making of National Identity, co-edited with Marina Kurkchian, (London: RoutledgeCurzon, 2005). 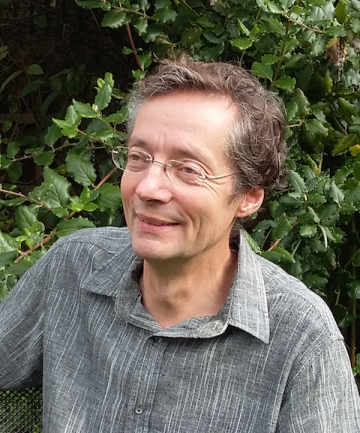