I research in four broad areas outlined below, connected by my interests in the contexts of literary production, criticism, and performance in pre-modern China, the various means and forms through which texts survived and functioned, and the making of literary history.

My research focuses on drama, songs, and other forms of vernacular literature in the later dynasties of China. My book Songs of Contentment and Transgression: Discharged Officials and Literati Communities in Sixteenth-Century North China (2010) reveals how stigmatised genres such as sanqu songs and drama were used by discharged officials in pursuit of a distinctive voice and identity that differentiated them from traditional Chinese elites.

I am also interested in how literary histories are constructed and how they shape our understanding of the literary past. Some areas I have worked on include the significance of the Mid-Ming (roughly 1450—1550) as a literary period, the problems of “attributive authorship”, and the reconsideration of set categories such as North/South and elite/court/popular culture.

My research project on “Lost Songs” of Kang Hai (1475-1541)”, funded by the British Academy and the Sino-British Fellowship Trust from 2008 to 2010, focused on collating and punctuating a sixteenth-century sanqu collection newly rediscovered in Taiwan. Building on this project, I edited A Critical Edition of Kang Hai's Songs with Introduction, Notes, and Two Essays (2011). I am constantly fascinated by new questions and methodologies in paper-based and digital textual editing. My engagement in textual studies has also led me to explore issues such as authorship, the instability of performance texts, editing practices of traditional editors and modern scholars, and the functions and limitations of anthologies.

My new research project is on court theatre and performances in late imperial China. A Visiting Fellow Research Grant allowed me to conduct archival research at the National Central Library in Taipei. I was also awarded a British Academy Small Research Grant for a two-year research project on the role of literati playwrights in Qing court theatre. Another area I am continuing to work on is the imperial control over literary and theatrical productions.

In recent years I began working on a few collaborative projects concerning cross-cultural literary interactions and the reception of Chinese literature across cultures. One focus is on Tang Xianzu (1550-1616), a major playwright and a contemporary of Shakespeare. Using Tang Xianzu and his rich cultural afterlife as a case study, I explore the ways in which major literary writers are regarded as local and national cultural icons, and examine the translatability of their literary legacies across cultures. More recently, I contributed to the "National Bards in Comparative Perspectives" workshop organised by TORCH | The Oxford Research Centre in the Humanities.

“A Study of Kang Hai’s Composition of Southern Songs in His Later Years, Along with a Discussion on the Tune Title Langtaosha,” (in Chinese) Mingdai wenxue lunji, ed. Chen Qingyuan. Fuzhou: Haixia wenyi chubanshe, 2009, pp.1065-1076. 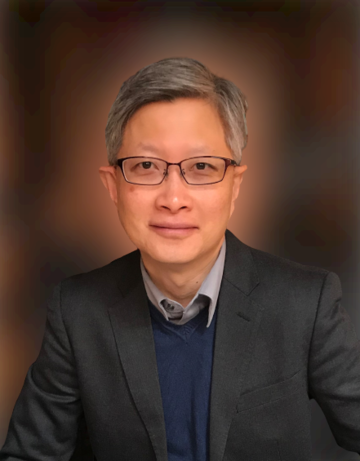