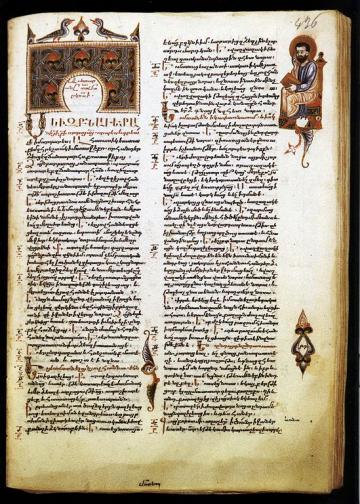 Armenian studies have been pursued at Oxford since the mid nineteenth century. More recently, the establishment in 1965 of the Calouste Gulbenkian Professorship has guaranteed a permanent place for Armenian in the broader field of the Near East.

Within the long span of Armenian history study of Armenia at Oxford concentrates on the period when Armenian sources give valuable information not only about Armenian culture itself, but also about neighbouring peoples of the Near East. Emphasis is therefore given to the study of the classical and medieval forms of the language and to Armenian literature from the fifth to the fifteenth centuries. Oxford is the only university in the UK where Armenian may be studied. The Armenian resources of the Bodleian library are excellent; Pusey Lane also houses a working library for students.

Armenian may be studied as an additional language option at the undergraduate level in conjunction with Arabic, Classics, Persian or Turkish.